↑
Home∕Moebio∕Something big is being cooked up…

Something big is being cooked up…

You realize that the world is changing when the prestigious MIT offers a course on “How to build a tricorder” (a portable, handheld, wireless device to monitor and diagnose your health anywhere, anytime), Google launches a new venture to help us live longer and the FDA lays out its long awaited regulations for mobile, medical apps. All in the same week.

The convergence of medical technology, consumer wellness devices and rapid prototyping technologies for medical devices represents an opportunity to reinvent delivery of health and wellness. Advances in fields such as wireless sensing, imaging diagnostics, lab-on-a-chip, and molecular biology are enabling a more convenient, affordable, and accessible healthcare.

In January 2012, the XPRIZE Foundation announced the Qualcomm Tricorder 10 billion dollar global competition to bring the Tricorder —Star Trek’s legendary piece of medical technology— to life. The mission is to stimulate innovation in personal healthcare and to create a wireless, handheld device capable of monitoring a patient’s vital signs and diagnosing 15 diseases ranging from sleep apnea to atrial fibrillation. 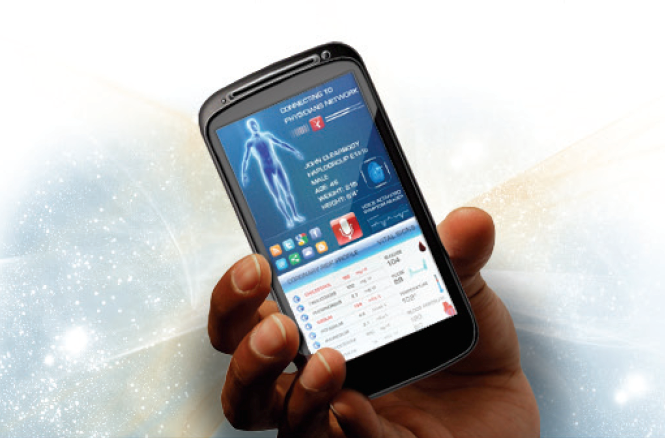 The contest closes in 2015. On Monday, September 23, the MIT announced a new course, “Engineering Health: How to Build a Tricorder“, inspired by the prize and starting this fall, that could help succeed to some of the teams that participate in the competition. In the program, Students will learn to fabricate, remix, and design detection and monitoring devices for health following the core focus of the Tricorder. Moreover, teams will have the opportunity to travel to Bangalore, India or Detroit, Michigan to test their devices in clinical settings.

MIT’s course it is not the only innovation initiative, relevant to global societal needs and challenges, that has been made public in the last few days. On Wednesday, September 18, Google Chief Executive Larry Page announced the launch of Calico, a venture that will focus on health and well-being. In particular, in tackling the challenge of extending human life and founding cures for aging related diseases.

Everyone would have described the idea as completely crazy if it weren´t Google. But what exactly will the company do? Google is keeping its plans secret but it is likely to use its data-processing to shed new light on age-related maladies. Sources close to the project suggested to TIME magazine that Calico will start with a small number of employees and focus initially on researching new technology. Thanks to its investment in 23andMe genetics company and having former Genentech CEO and biotech pioneer Arthur D. Levinson as Calico’s Head, Google already has access to a fast-growing genomic database but finding a cure for an intractable disease requires time, enormous amounts of human and financial capital, cooperation and research. This is what makes Google’s announcement exciting as well as mysterious.

How Calico could impact, even transform, healthcare only time will tell.

Meantime, yesterday, September 23, the U.S. FDA finally issued its final guidelines for developers of mobile medical devices. Not all smartphone and tablet apps for health, such as a program reminding patients about an appointment and fitness apps, will be regulated medical devices. 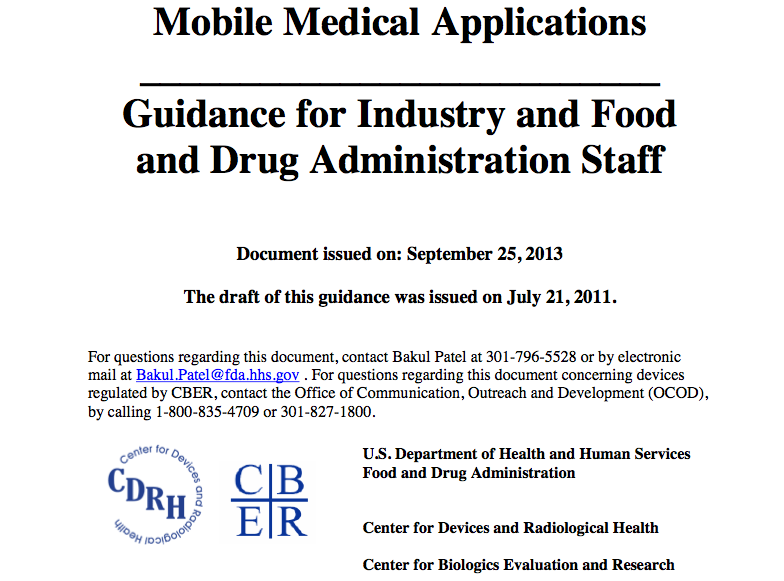 The FDA will focus only in those apps used in diagnosis or care, apps that turn mobile phones and tablets into de facto medical devices. For example, an application that turns a smartphone into an electrocardiography machine to detect abnormal heart rhythms or determine if a patient is experiencing a heart attack.

The guidance takes effect on September 25. The FDA will also host a Twitter chat on Sept. 26 and set up an email account to answer developers’ questions.